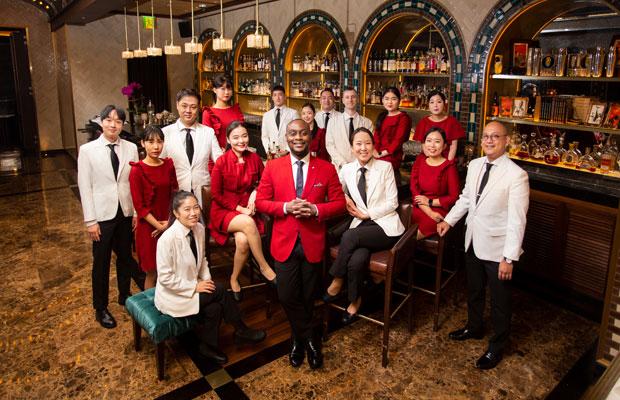 Hidden in the Four Seasons Seoul hotel, Charles H is a glamorous affair. Helmed by the ever charming and dapper Keith Motsi, it is a homage to bon vivant and world traveller Charles H Baker Jr, who travelled the world documenting the food and drink he encountered from the 1920s to 1950s. The menu at Charles H draws inspiration from his writings and destinations. Each city has four cocktails, and features either a Friends of Charles H cocktail from a Four Seasons property in that city, or a flight of the bar’s take on classic cocktails from that destination. Take London, for example, where one can sip on cocktails such as Strawberries & Cream with buttered strawberry vodka, strawberry sorbet, champagne and cream, or opt for A Quintessentially British Flight, featuring the likes of a Vesper Martini and Hanky Panky.