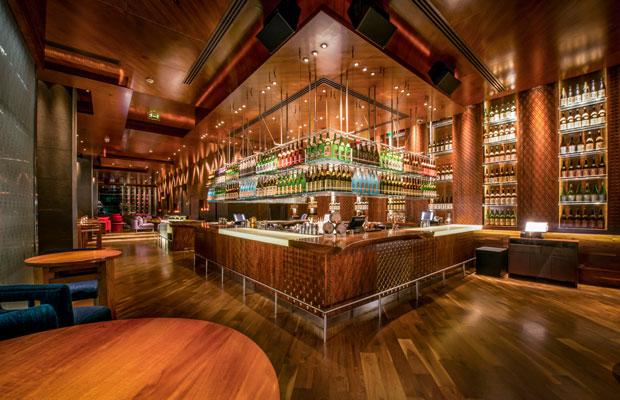 Modern Japanese izakaya Zuma has outposts all over the world, but it’s the Dubai venue’s cocktails and hospitality that really stand out. The high-energy square bar allows for a view of the action no matter where you’re seated. The menu is split into several sections, using unique ingredients to create signatures or give classic cocktails a Japanese twist. The Kanjo menu – meaning emotions in Japanese – features cocktails such as Memory, with junmai ginjo sake, tequila, forest distillate and tonic, described as “a walk in a mossy forest, gently hammered by the sunlight after the rain”. The Nomikai section features Japanese plays on Italian aperitivi, such as the Japanese Garibaldi, which adds yuzu cordial to the classic drink of Campari and cold-pressed orange juice. Other menu sections include a Rare & Limited section of cocktails with premium spirits, and a series of “birth date Old Fashioneds”, using whisky from 1972, 1975 and 1978. Zuma is named The Best Bar in The Middle East and Africa 2021, sponsored by Bellino.