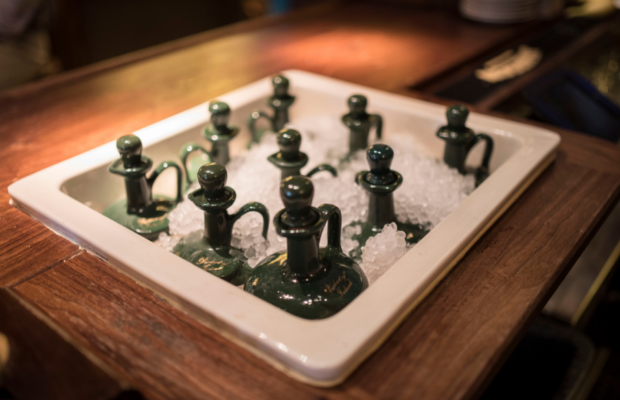 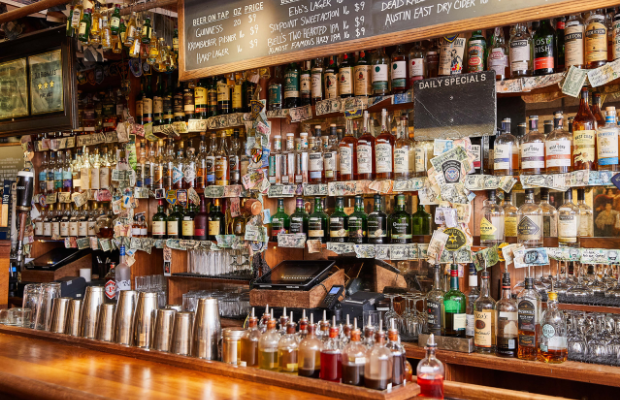 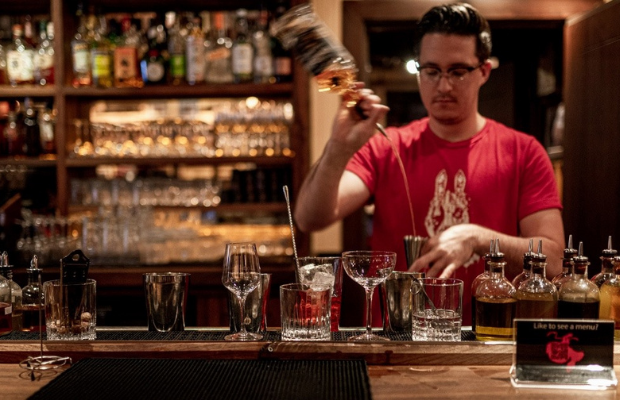 Named The World’s Best Bar in 2016, this FiDi hotspot redefined the notion of an Irish pub. Street level in the Taproom, the vibe is that of a popular, crowded neighbourhood bar. Guinness is poured perfectly. The Irish coffee is widely lauded as the NYC’s finest and scores of Irish whiskeys line the back bar. Ascend a flight of stairs and one enters the The Parlor. The lounge space is devoted to the cocktail list that gave rise to the unparalleled talents of head bartender Ian Alexander and his team. The list skews towards punches, highballs and classic cocktails. Don't miss the modern classics including the Psycho Killer (Irish whiskey, Campari, cacao, banana, absinthe) and the Twilight Zone (stout cask Irish whiskey, Guinness, amaro, blackcurrant, maple, lemon).

Despite its extensive list of accolades, The Dead Rabbit team is keen to share their expertise through guides and manuals promising 'Secret Recipes and Barroom Tales', which are available in their shop. They also have imminent plans to expand to Austin and New Orleans in 2023. But start with the Irish Coffee before all that.