It’s no secret that good hospitality starts at home, but at Hanky Panky – Mexico City’s favourite speakeasy – it’s woven into the team’s DNA. The team of founder Walter Meyenberg, alongside Gina Barbachano, Ismael Martínez and its band of bartenders, have finessed every detail from the menu to the sultry décor.

Housed in the back of a fonda that serves tacos from a clandestine location, Meyenberg originally intended the bar to be a members’ club, but he quickly pivoted to a speakeasy model after the guest list grew by the thousand. Despite the heavier footfall, all guests receive the same care and attention. The Hanky Panky team rubs shoulders with each of its 40 guests every night, learning patrons’ favourite flavour profiles, suggesting favourites and sharing its pride in Mexico’s indigenous flavours.

The bar takes its name from the legendary cocktail devised by Ada Coleman, the first female head bartender at The Savoy in London. The concoction of sweet vermouth, gin and amaro sits atop a menu named Passport, which features whimsical adaptions of classic cocktails. Opt for the Grasshopper Gibson, with dry vermouth and pickled onions juice, or the Fig It Out with gin, prosecco and fig bitters.

Beyond making its guests feel at home, the Hanky Panky bar team is a tight-knit family, a sentiment fostered by opportunities like partnerships with international bar teams, language classes and return guest shifts abroad. The community feel extends to Mexico City’s wider bar scene: during the pandemic, Meyenberg was one of the first to step up to the plate, offering his space to bars that were forced to close their doors, and always recommending other venues across the capital.

Delivering Mexican panache and personality with every cocktail, Hanky Panky is this year’s worthy recipient of the Michter’s Art of Hospitality Award.

Watch the video about Hanky Panky and read the article with Walter Meyenberg: 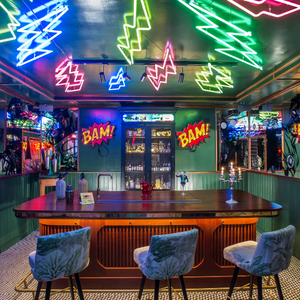 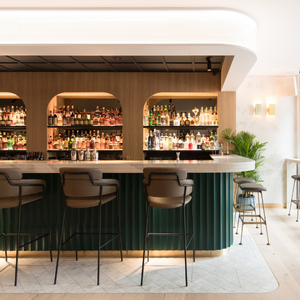