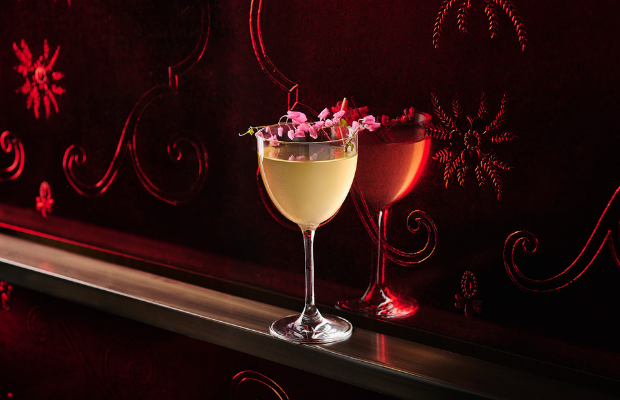 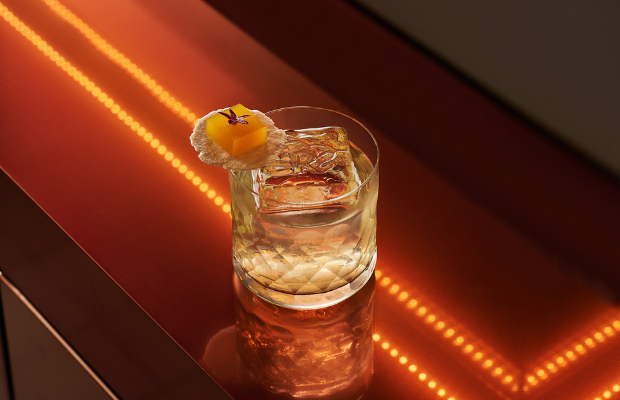 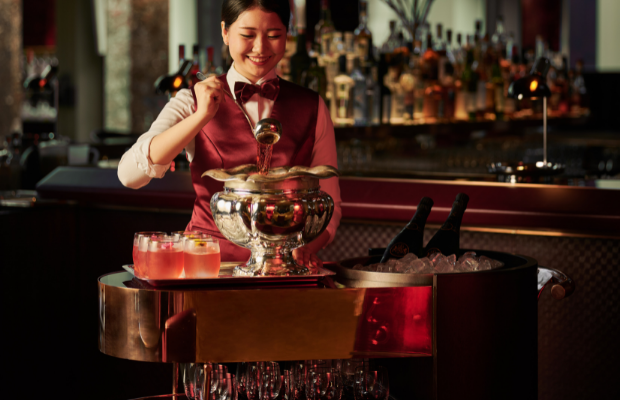 Do you ever wish you were alive during a different time, when legends were born and made? Well, hop on over to Republic at the Ritz Carlton for a journey into the swinging 1960s. Out of this era came rock legends, style icons and design tropes still abided by today. During the nine months of the build, the team delved deep into the decade’s history, music, fashion, special events in Singapore, the US, the UK and Italy; countries which were important centres of cultural and social revolution.

This is manifested in liquid history through the menu. For example, rock bands used to play in the backs of London coffee houses, while Mick Jagger was very partial to an Irish Coffee. Therefore, it made sense that the Republic’s version of this drink is called ‘Satisfaction’. You might also want to try the very sessionable Valentino Red, inspired by the late and great Italian fashion designer. Known for his red dresses, the drink is garnished with a red tuile that mimics his garments and makes for a striking photo for the ‘gram. Fun bar bites also follow the theme, some favourites include Mini Kueh Pie Tee with Chili Crab Sauce, Yorkshire Puddings, Truffle Arancini and Mini Corndogs, all four countries present and accounted for.