Founded in November 2020 by hospitality veterans Agung Prabowo and Roman Ghale of The Old Man fame, Penicillin is a pioneering venue created with the purpose of becoming Hong Kong’s first scrap-less bar. Its ground-breaking efforts to find new and creative ways to recycle and upcycle ingredients, coupled with a local and seasonal sourcing policy, are set to create a blueprint for other bars in the city.

Prabowo and Ghale joined forces with their wives, Laura Prabowo and Katy Ghale, to create a venue that aims to leave the Earth in a better state for their own children and for the next generation. To achieve this, Penicillin takes an almost obsessive approach to finding new uses for ingredients that may be otherwise considered waste – from leftover red cabbage to coffee grounds.

These ingredients pop up everywhere on Penicillin’s menu, which is divided in two parts: the Penicillins – classics that are always on the menu – and On-and-Off, a section for seasonal cocktails inspired by Hong Kong’s farmers. The latter includes Modernist Science, featuring discarded bread vodka, white miso pineapple, spiced cheese liquor and salted egg yolk, and A Far End, a concoction with used tea leaf rum, pandan taro yogurt and lemon honey sherbet.

The bar’s most recognisable cocktail, however, remains the One Penicillin, One Tree, described on the menu as “a climate-positive cocktail that would make Sir David Attenborough proud”. Through a partnership with closed-loop spirit distributor EcoSpirits and Green Steps Group, each cocktail served plants one Mallotus Muticus tree in Borneo as a part of a reforestation effort. Over its 200-year lifespan in the rainforest, one Mallotus Muticus will eliminate an impressive 4,400kg of CO2, equivalent to the carbon footprint of about 8,000 single-use glass spirit bottles.

Penicillin occupies an austere space on Hollywood Road where sustainability has influenced the design as much as the menu. To make the bar’s table-tops, wood was sourced from the fallen debris of the 2018 Mangkhut tropical storm. The lighting – strictly LED to reduce electricity use – has been repurposed from shuttered local shops. Other fixtures include bamboo towels in the bathrooms and menus on paper that was made at the bar itself from leftover seeds, herbs and coffee grounds.

The bar also features a laboratory, a kitchen and a fermentation room – all essential cogs in the founders’ aim to ‘close the production loop’ and drastically reduce their waste. Guests can discover Penicillin’s fascinating discoveries and new uses of technology by visiting the lab and seeing how the rotovap works, or by wandering into the fermentation chamber to see how the bar’s organic ferments are made.

With a clear purpose of starting a revolution in Hong Kong’s F&B scene, Penicillin is setting a new standard as the winner of the Ketel One Sustainable Bar Award 2021.

Now read the interview with Penicillin's founders 50 Best Stories and watch the video:


The Ketel One Sustainable Bar Award was introduced to Asia’s 50 Best Bars for the first time in 2018. The sustainability rating of each bar is assessed by Food Made Good Global through a system specially adapted from their restaurant rating, which has been used to assess sustainability for over 10 years. All bars on the Asia’s 50 Best Bars list are invited to enter the award via self-nomination and the bar that achieves the highest rating in the audit is awarded the Ketel One Sustainable Bar Award. 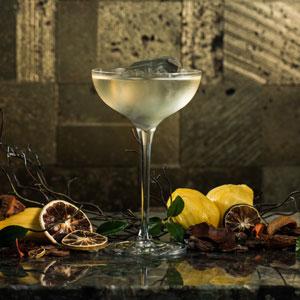 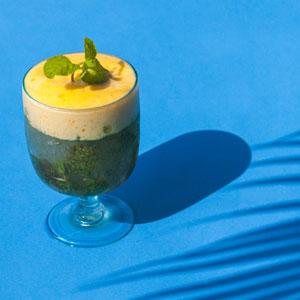