Campari One To Watch Award 2022

When a bar opens and the vibe, drinks and concept come together, it’s a beautiful thing. Launched in May 2019 by the team behind ever-popular Hong Kong hostelry Shady Acres, Honky Tonks Tavern hit the ground running with loyal regulars from the venue’s sister properties immediately pulling up a pew around the rough and ready horseshoe bar. Founders Ryan Nightingale and Mike Watt spent years defining the Americana concept and this year the bar is announced as the Campari One To Watch, an award given to a bar which 50 Best believes has the potential to break into the Asia’s 50 Best Bars list in future years.

Landing in the extended 51-100 list at No.55, the venue is off to a stellar start, with bar smarts provided by Edgar Santillan, whose knowledge of tequila is as extensive as the cocktail list. He’s ably supported by Adam Schmidt, whose passion for American whiskey dovetails superbly with the owners’ craft in designing relaxed and fun time bars. Food is another strong suit, picking up the American flavour with a Deep South-inspired menu. Chicken and waffles is an essential order, best served with a Spicy Badger pizza (spiced peppers, salami, pepperoni) to provide ballast for the cocktails. A strong vermouth programme runs alongside, with reasonably priced house-pour spirits and a good range of every bartender favourite, amaro.

The plum spots are the seats at the bar, which will allow Santillan and Schmidt to guide you through the cocktail list first-hand. Millions of Peaches, Peaches for Me, uses the team’s house-infused peach vodka, paired with a sublimely balanced mix of yuzu, rhubarb and lemon. Vote Pedro is similarly quaffable, a highball in design with tequila, grapefruit, guava and pineapple. The drinks, food and atmosphere combine to create one of the best bar launches in Asia in recent years, seeing Honky Tonks Tavern justly rewarded with the Campari One To Watch Award 2022. 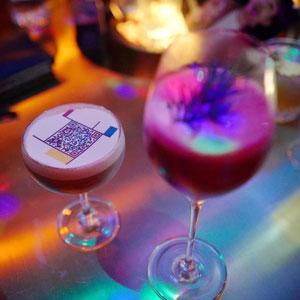 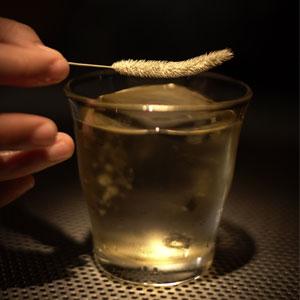 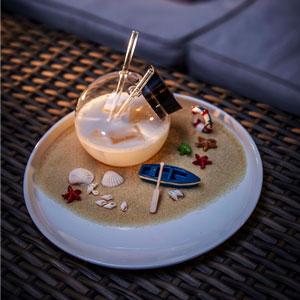 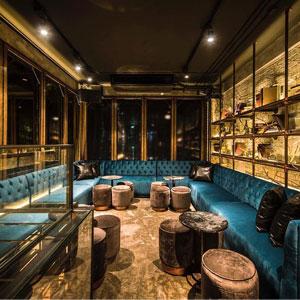