Dynamic ideas man elevating the craft of cocktails in Asia

Colin Chia is man brim-full of energy and ideas, and he channels those qualities into the realms he loves with a passion: drinks and hospitality. As a result, over the last decade or more, few have done more to champion the Asian cocktail scene and to help professionalise the craft of bartending than this year’s winner of the Roku Industry Icon Award.

Steeped in the food and drink sector since his years as a teenage bar back in his native Singapore, Chia is a true industry veteran even though he’s only recently hit middle age. Having been involved in helping bring Diageo’s World Class events to south-east Asia in his corporate days, Chia opened his first bar, Nutmeg & Clove, in 2014 – and it remains his flagship to this day.

While there are higher-profile bars than Nutmeg & Clove, none represent the Lion City as authentically as the Purvis Street stalwart. The bar and its cocktails are an homage to the history and culture of Singapore, providing a cultural narrative through the medium of original serves and intelligent service. Located in the commercial heart of the city, the bar is pared back and unpretentious, as familiar and welcoming as a local café, but one which just happens to serve some of the best libations around.

It’s from Nutmeg & Clove that Chia has nurtured a host of young bartenders of all backgrounds, genders and ethnicities, exemplifying his profound belief in investing in and d
eveloping raw talent. During the pandemic, it was no surprise that Chia was one of the first to ensure he protected his own team, as well as banding people together to help others in need within the F&B industry and beyond.

But Chia has always looked beyond Singapore’s shores too, having worked across the continent in his younger years. He is a massive fan of the Japanese bartending tradition, while also celebrating the fast-developing and varied bar cultures in China, Hong Kong, Thailand and elsewhere. In 2017 he helped open the Bangkok speakeasy #FindTheLockerRoom with a range of international partners, which was followed by #FindThePhotoBooth in the same city. More recent projects include Chuan by Nutmeg, a craft cocktail bar on the 60th floor above the UOB Plaza in Singapore, as well as the more low-key Last Word, a simple space adjoining Nutmeg & Clove that serves classic cocktails alongside Japanese food.

He is a man at the very heart of the Asian cocktail scene, who remains ever open to new ideas and new flavours. This is Colin Chia, the Roku Industry Icon in Asia in 2022. 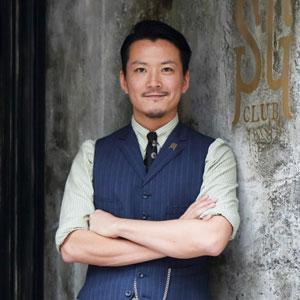 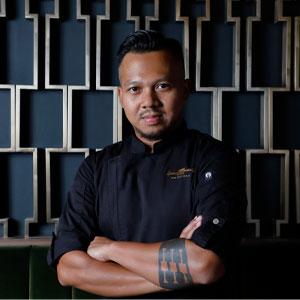