The glamour of the Argentinian 1920s meets Bangkok’s inescapable charm

First opened in 2020, BKK Social Club burst like a firecracker onto Bangkok’s bar scene. Led by the inimitable Philip Bischoff, who has worked in some of the world’s best drinking spots, the flagship bar in Bangkok’s Four Seasons Hotel at Chao Phraya River has captured the imagination of the city thanks to its mesmerising interior, bespoke cocktails and the team’s unparalleled attention to detail.

Every inch of the venue is designed with guests’ comfort in mind. Taking the shape of a luxurious living room, the space echoes the art nouveau style of Buenos Aires in the Roaring Twenties. Sleek leather booths surround low tables with golden lamps and the walls are dripping with tropical foliage. Intended as a social hotspot for the local community, BKK Social Club’s decor invites guests to sample a quick tipple, delve into the esoteric menu or celebrate the night away.

The drinks list is playful and creative. Split into three Ps – ‘Places’, ‘People’ and ‘Party’ – the signature offerings are inspired by key figures and moments from Argentinian history. Eva Perón, the First Lady of Argentina, is embodied in the ‘Evita’, a libation of pineapple rum, Campari, citrus, bay leaf and cinnamon syrup, while iconic footballer Diego Maradona is referenced in the ‘Hand of God’, a cocktail of tequila, Campari and wine cordial served in the style of a Negroni.

Keen to please each and every guest, head bartender Bischoff diversified the cocktail menu, including familiar favourites such as the pistachio margarita, champagne colada and a Manhattan – created with Michter’s whisky, bourbon and cherry brandy. The team also branched out with a carefully selected range of champagnes, beers, bottled cocktails and wines.

The dedication of Bischoff’s veteran bartending team goes beyond the perfect serve; they recognise that hospitality starts at the door. A night at BKK Social Club will never be without their extra care and attention, whether it’s seating you at the perfect table or providing a well-suited drink recommendation.

Marrying the energy of Bangkok and the allure of Argentina, this newcomer to Bangkok’s bar scene is a worthy winner for this year’s Michter’s Art of Hospitality Award.

Read more about BKK Social Club in the interview with Philip Bischoff and watch the video: 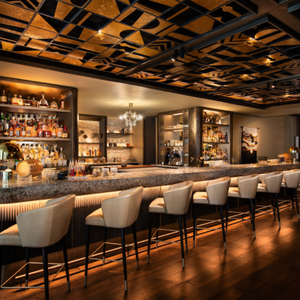 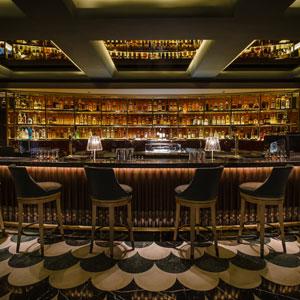